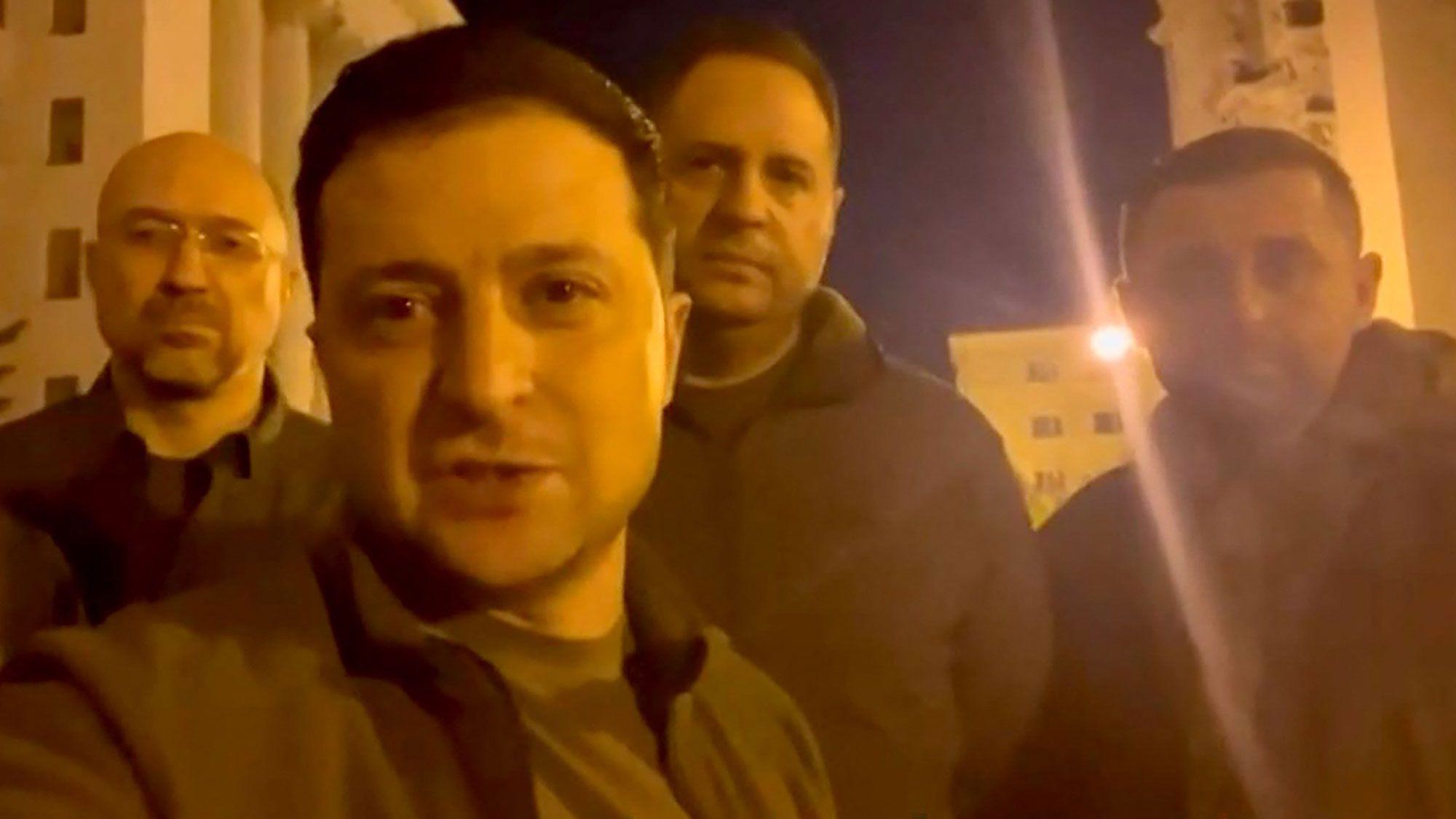 Volodymyr Zelenskiy has reached the parts that other leaders haven’t reached in a long time.

After weeks of an army build-up on the borders of Ukraine from the Russian state, and on the eve of a massive Russian invasion, the President of Ukraine Volodymyr Zelenskiy, hopelessly outnumbered and outgunned, made a video statement to his people from the centre of Kyiv which inspired not only Ukrainians, but also the rest of the world to the core:

In just a few sentences, the people listened, stood, raised their fists and shouted expletives to their invaders. But since that first night address, we’ve had some stark one-liners that point to his courage: “I don’t need a ride, I need ammunition,” and his humility “Each of us is a president, a fighter.”

Zelenskiy’s video appeal to Russian citizens, spoken clearly and convincingly in Russian, was a powerful example of transformational communication, aimed at the hearts of Russian citizens, with a clear audience and objective in mind, addressing the beliefs they had been fed by Russian media, and with clear calls to action. This may go down in time as one of the strongest presentations of the century.

Now go back 3 years to the election of Volodymyr Zelenskiy and for those of us outside of Ukraine and not in the details of their politics, it seemed a bit doubtful that a rank outsider Netflix Actor/Comedian could really have been a credible presidential candidate. Perhaps Vladimir Putin was counting on a soft and easy target who would cede easily to pressure later on down the line.

But what we are witnessing is legendary. On day 6 of the war, as I write this, Russia, led by Putin, is facing incredibly stiff resistance inspired by a leader who not only inspires with his words, but equally with his actions. By rejecting the easy option of fleeing Kyiv, and staying with his people, he inspired respect and confidence, and through his powerful speeches, each to a specific audience and with specific objectives, he has also inspired through his words. The Ukrainian resistance may ultimately prove futile, but there is no doubt that it has been so much stronger thanks to the powerful leadership of their president.

Whichever side you take in this conflict, which is a dire situation, it is hard for anyone to be left unimpressed by Zelenskiy’s leadership in the past week, and any business leaders would do well to take inspiration from his performance and ask themselves the fundamental questions: What kind of leader do I want to be in my organization? Do I practice what I preach?

Many see people from acting or artistic backgrounds as not serious political leaders. I don’t know where this comes from but I challenge it wholeheartedly. Critical thinking goes hand in hand with the arts. Some of our finest thought leaders are artists and an artist’s bravery and creative thinking are valuable in times of war. And if the ability to inspire people is a key success factor for any leader, the oratory skills of an actor can be a great strength, as Zelenskiy has clearly shown.

Some seek greatness and others have it thrust upon them. In this case it is the latter. We don’t know how it will turn out, and I dread the day when I might read that Kyiv has fallen. But Zelenskiy’s inspiration has already touched the world. War is ugly and only resolved through peace. Our thoughts and prayers are with the people of Ukraine.