My Interview with Jerry Weissman

Michael Rickwood from Ideas on Stage on how he got to meet the man who started it all for the presentation world.

Once in a while we set ourselves some great tasks. Interviewing my presentation hero was a particularly appealing one. Over the years I have read many great books on business communication and have taken inspiration from authors from all facets of our industry: Nancy Duarte, Garr Reynolds, Patsy Rodenburg, Dan and Chip Heath, Guy Kawasaki, Simon Sinek, Dan Pink, Dr. John Medina, Roger Mavity to name but a few. But there is one author whose books I come back to consistently, who, in my opinion, is the founding father of what we are all doing today in the presentations consulting industry. That author is Jerry Weissman. 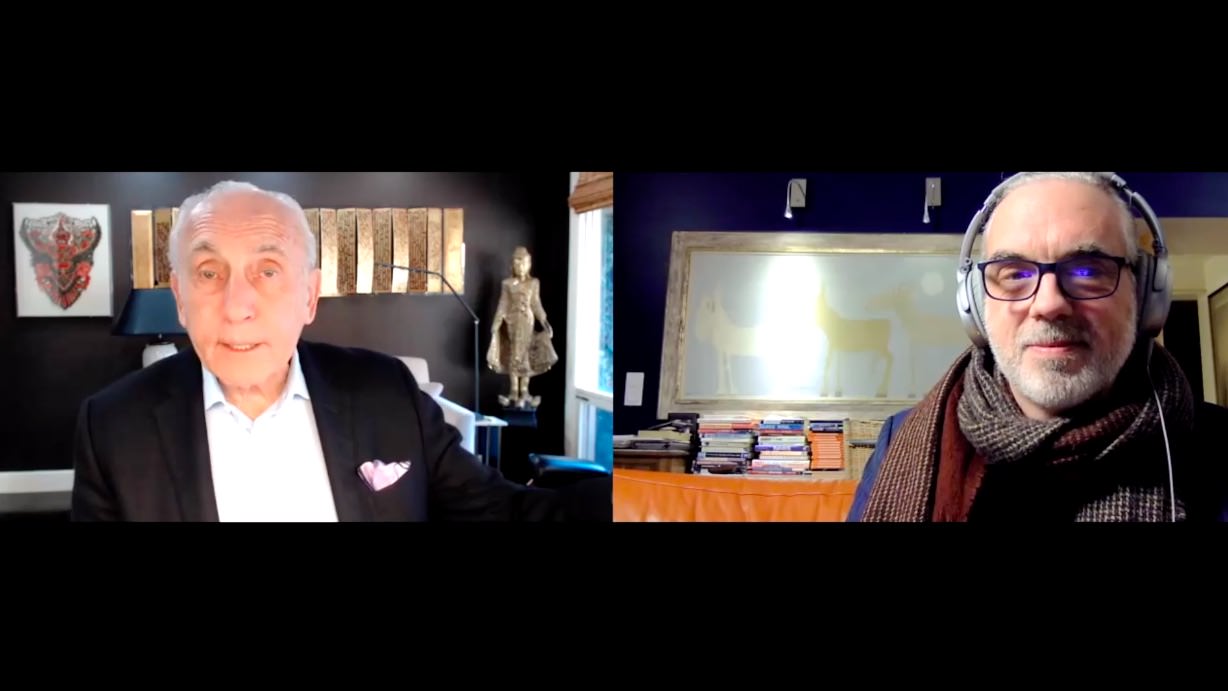 A graduate from Stanford University, Jerry worked for years in Television in New York, in the 70s and 80s, editing shows and learning from the stage professionals how to interview and how to conduct oneself in front of the camera. Through the advice of a friend in the 1980s, Jerry decided to take his acquired media training skills and bring them to Silicon Valley and work in the business tech sector with emerging unicorns such as Netflix and Cisco. According to his books, Jerry’s influence helped inflate the stock price of these companies. Jerry coached many fledgling companies through the IPO Roadshow process, a series of pitching events to prospective investors and their associates which is native to the US. Today, we see the equivalent in the form of Start Up demo days pitching Venture Capitalists.

For many years I’ve been citing Jerry during my training courses, often assuming in the last few years that he was retired. I was very surprised after my colleague Andrea Pacini actually found him still running a rebranded version of his consultancy out of New York San Francisco.

Interviewing Jerry was an absolute pleasure. Deeply knowledgeable about his art and the world I was particularly struck by the research he did for our interview. He was aware that I was based in France and made many references to the French language and culture throughout our interview, partly because I think he has a great love for the culture but also because he had prepared. There was a lesson to be learned even from interviewing him. May I add, I had certainly prepared on my side and he was extremely grateful for that.

So, please enjoy the interview. Don’t hesitate to reach out to those who inspire you, you may be pleasantly surprised.

The interview is available here: