I write this on the first full day of the 46th President of the United States Joseph Biden’s tenure in the White House. After 4 exhausting years for America and the wider world, the page has turned from the failings of an introspective, corrosive and divisive mandate into a bold, courageous and reactive new era, acknowledging first the gravity of America’s collective problems and seeking to solve them through consensus and action.

Joe Biden has his work cut out for him, that much is clear. Before doing anything however, he first needed to start it all off with the right speech. And on January 20th 2021, on the rear steps of the Capitol Building, President Biden gave an impassioned inaugural address to a domestic and overseas audience.

At Ideas on Stage, we have long worked with an understanding of audience segmentation based on 4 categories of people in your audience:

Let it be said that the aim of any persuasive speech is to bring the two middle groups of the luke-warms and skeptics on-side. Once you have the support of three out of the four groups, the hostiles will back down.

In this article I have chosen some passages that looked to win over the majority of Biden’s audience.

“This is Americas Day, Democracy’s day, a day of history and hope, renewal and resolve.”

This is for every citizen who recognizes America’s democracy and values the freedoms it stands for. It is worth noting that there are hostiles who do not believe in democracy.

“We will press forward with speed and urgency, for we have much to do in this winter of peril and possibility. There is much to repair. Much to restore. Much to heal. Much to build. And much to gain.”

This is designed to build momentum in those who recognize the perils and opportunities that surround them. The problem is then presented in no uncertain terms:

“Few periods in our nation’s history have been more challenging or difficult than the one we’re in now. A once in a century virus, taken lives, jobs lost, racial injustice, a cry of survival from the planet and white supremacy…”

He then moves to the elusive solution:

This points right at the heart of those who can put aside their differences and work for the country.

To help strike against doubt and demonstrate his commitment, Biden quotes Abraham Lincoln from the emancipation act quoting his words:

Biden goes on to say:

“Today, on this January day, MY whole soul is in this: bringing America back together, uniting our people and uniting our nation. I ask every American to join me in this cause, uniting to fight the common foes we face, anger, resentment, hatred…”

Powerful words again for advocates and skeptics alike. He then goes on to list the actions he will take to try to reverse the status quo, pushing collective empowerment, repairing alliances beyond America’s borders, again unity being the key word. His delivery is energized yet defiant.

He then has a word for the hostiles:

“And if you disagree, so be it. That’s democracy, that’s America. Yet hear me clearly: disagreement must not lead to disunion. I pledge this to you; I will be President to all Americans.”

Biden then lists the common needs of all Americans and none more important than truth.

“Recent weeks and months have taught us a painful lesson. And each of us has a duty and responsibility, as citizens, as Americans, and especially as leaders — leaders who have pledged to honor our Constitution and protect our nation — to defend the truth and to defeat the lies.”

He then finishes on service:

“I will give my all in your service, thinking not of power, but of possibilities.”

Again, he looks to reassure his audience of his intentions and proceeds to congratulate every American who stood up for democratic principles, whatever their position on the aisle.

“And together, we shall write an American story of hope, not fear. Of unity, not division. Of light, not darkness.”

The speech was received warmly both domestically and abroad. Anyone caring about the freedom of American democracy cannot fail to be moved by these words, whether you’re an advocate, a luke-warm or a harsh skeptic. The hostiles no doubt will count themselves out and return to the hateful shadows as they have done throughout history. Like germs in an organism constantly buffeting against an immune system, hostile actors can never be eradicated completely and serve in future to keep democracy’s defense systems on their guard.

Wednesday’s inauguration ceremony at times felt like the end of a war, watching America breathing a collective sigh of relief, releasing suppressed humanity and inclusion.

But there is nothing like a good speech to get it started off though! 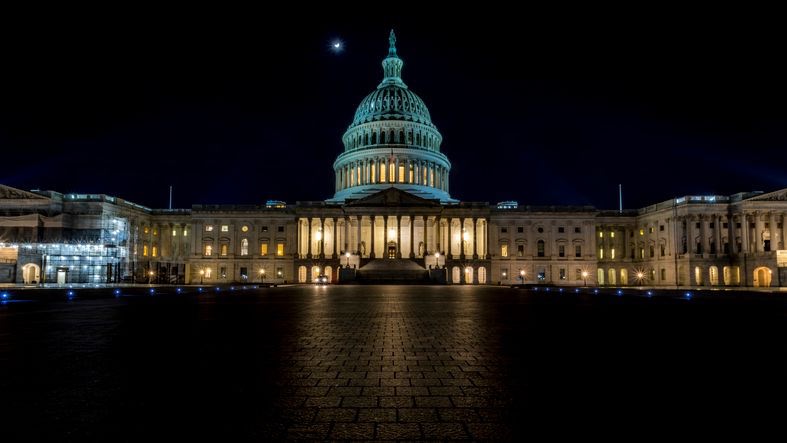