The Top 5 TEDx Talks in number of views

We worked with a lot of TEDx events over the years, and some of the talks have accumulated hundreds of thousands views, some even getting above the 1 million mark. Here are the top 5 talks of events we participated to, in number of views.

In fifth place we have Jean-Gabriel Causse, speaking at TEDx Dunkerque, with nearly 600,000 views. Color me shocked, but his is talk about the power of colors is full of interesting details.

In fourth place is Maïa Mazaurette. Her talk about sexuality, at TEDx Tours 2019, is getting close to 800,000 views, and we have no doubt that she will be over 1 million soon.

Panayotis Pascot, with more than 800,000 views, is number 3 with his talk at TEDx McGill. He talks about dreaming, daring and never giving up.

In second place is Yann Arthus-Bertrand, talking about his movie Home and his exhibit 7 billion others (which was still called 6 billion others in 2009, how things change…)

And in first place, with more than 1 million views, is Karim Noui’s video. In his talk at TEDx Tours, he explains how little we know about our universe.

Number of views is not the ultimate measure of the quality of a talk; some of the talks I personally liked a lot only a couple hundred views. We should also keep in mind that the audience of YouTube is younger than average, and that topics that appeal to young people have a higher chance to become popular.

Finally, I finish with a video that maybe doesn’t have as many views as the others, but which I find really great; it was at TEDx IÉSEG Lille several years ago, and Augustin Petit demonstrates how a good magician can play with our attention. Augustin is now famous, you can see him as Gus Illusioniste on French television. 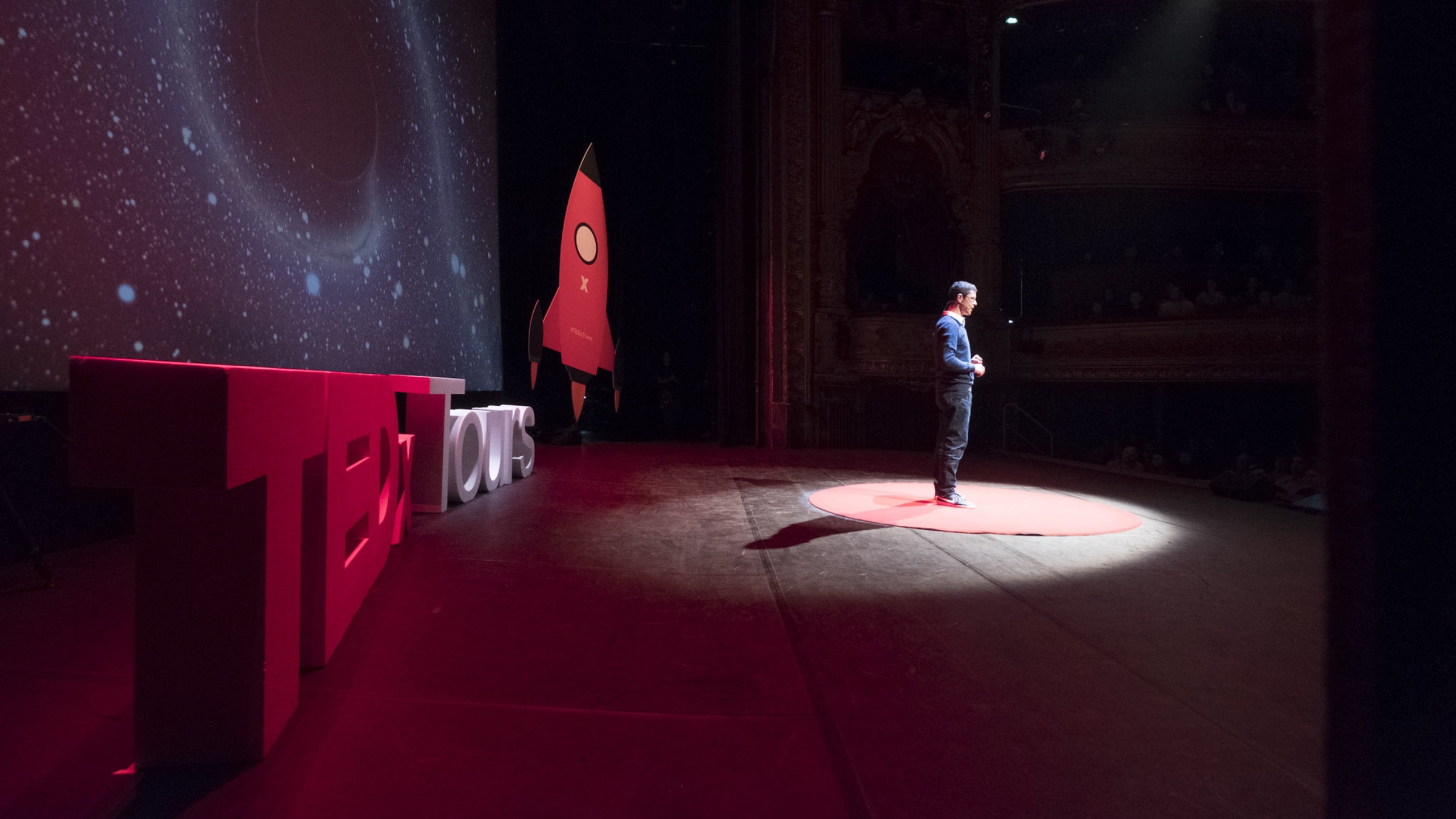