Should I stand behind the lectern?

The lectern is a staple of traditional speeches. We see politicians use them all the time, as well as… who else? Who, apart from politicians, still uses a lectern?

If I had to create a 0 to 10 presentation scale where 0 is totally informal and 10 is fully formal, I would say that running naked on stage is 0 and speaking from behind a lectern is 11. Yes, the lectern is really that formal, and in 99% of the cases, that’s not a good thing.

Our advice is simple: if you’re not a politician, avoid the lectern. Even the CEOs of the biggest companies today do without it. And even for politicians, the lectern can be challenged, as Obama proved when he did some of his best speeches standing right in front of the crowd. Instead, ask for a microphone (preferrably a TED-style headset), get closer to the audience and start a conversation.

The only exception is when speaking in countries where respect of tradition is extremely important. If unsure, ask if you can move on stage. If you still have doubts then it is best to stay behind the lectern to avoid shocking the audience. 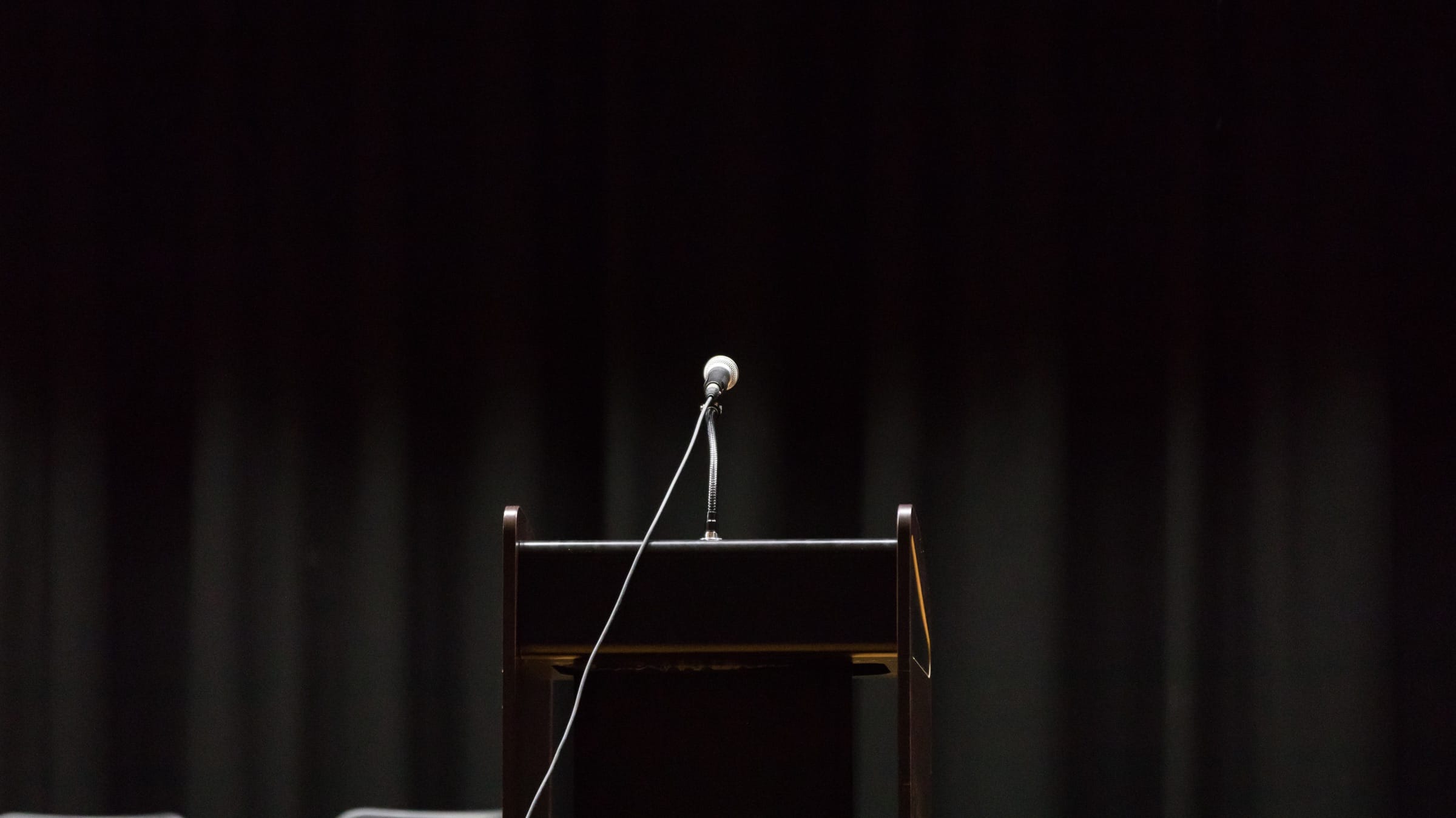